“effective negotiation is 90% attitude and 10% technique" 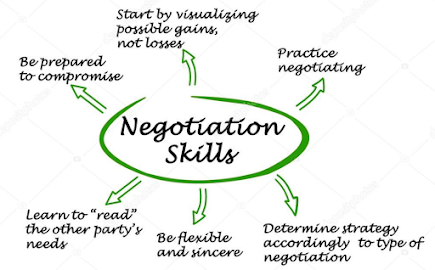 Five Elements of Negotiations
1. PERCEPTION : Perception is the process by which man ascribes meaning to information.
2. POWER : Power can be defined as ability to influence the negotiating results. Power in the negotiation process is influenced by basic elements such as manipulators, power builders.
3 CREDIBILITY : Credibility can be defined as image of source in any communicative situation.
4. PERSONALITY : Negotiation is the face to face interaction between 2 or more persons with aim to reach an agreement. The parties are not representatives but people with emotions and values and who live in real world.
5 ACTIVE LISTENING : Mutual understanding is a result of maximal communication through mutual empathy. Without understanding each other case negotiation is not possible. If every party is concerned about his own gain then chances to reach an agreement is minimal. 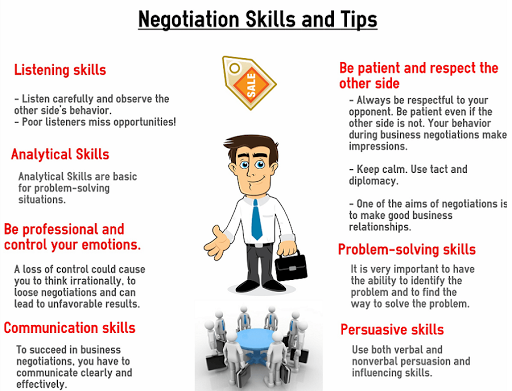 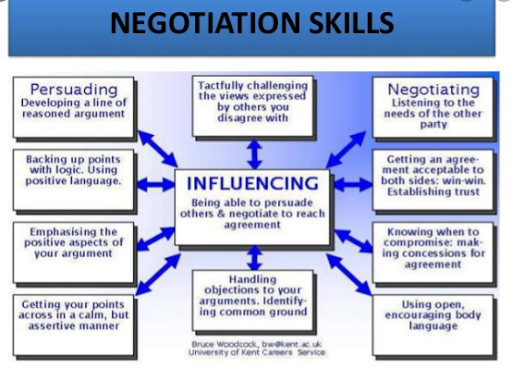 Preparation and planning are key in avoiding common negotiation mistakes, but even the most experienced negotiator can still make them. Perceptual bias and poor decisions account for most of them. Let’s look at a couple:

Again, preparation and planning can help a negotiator avoid these issues, but practice is another way to get better at avoiding mistakes!